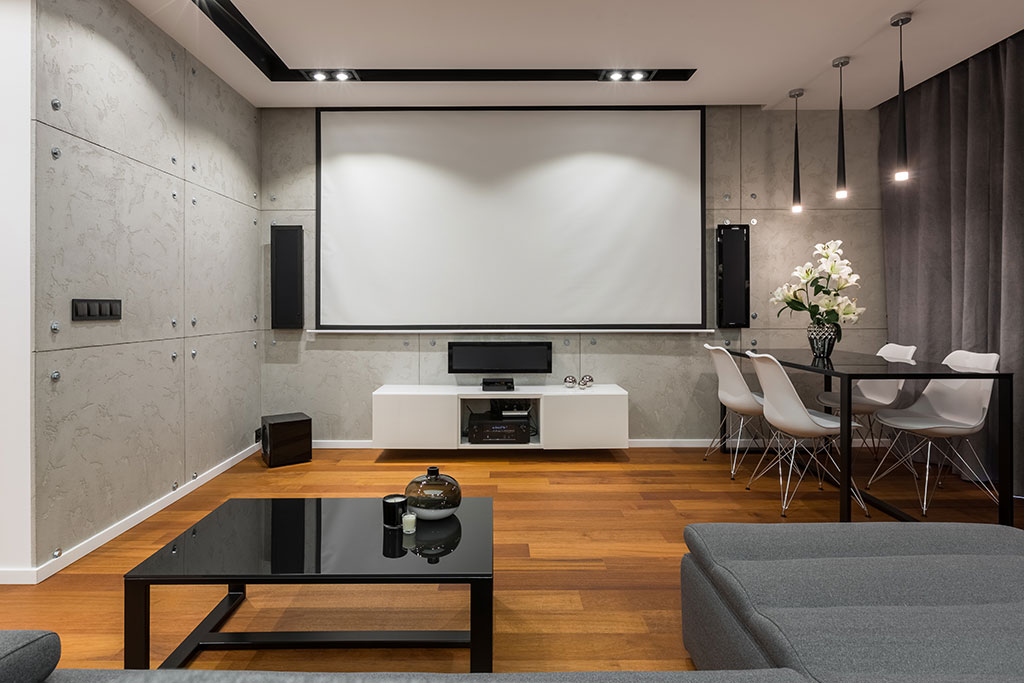 Do you plan to get a projector? If so, we should warn you that shopping for an excellent projector will not create a brilliant and clean image in all situations. Even the best model won’t be able to work if your display screen doesn’t reflect sufficient light.

Why Does the Screen Color Matter?

If you don’t know how projector display screens work, it is hard to choose the optimal screen. Simply, by casting light onto the screen, a projector can display the images you want to portray. But you don’t get the quality you desire? Your image quality will increase with a smoother surface and darker surroundings.

The amount of direct and ambient light also influences the image’s quality. For example, white projector display screens are considered the most reflective screens that catch every light beam and reflect it. Thus, you must consider the surrounding area when building a projection screen.
Screen color matters since a suitable and effective screen is a way to show off your job or school ideas and have fun watching movies and playing video games.

Difference Between a Black and a White Screen

When purchasing projector screens for your house, white was, for a long time, your only color option, and there was no other way. However, soon after the first gray projector screens were invented and introduced on the market, finally, in the last five years, black-colored screens also became commercially accessible.

Let’s take a look at the main characteristics of black and white projector display screens:

The white screens effectively reflect light and preserve the projected picture. Since white screens have been around for longer, more solutions are available on the market. There are white screens with acoustic waves or micro-perforations, enabling the placement of speakers behind the panel.

However, even though they are affordable, they have some issues. Because of this intense light reflection, a proper bulb is required to provide a clear, brilliant image unless the environment is fully darkened, like in a theater.

Obtaining a high-contrast picture is also challenging for white screen types. True, a projector struggles to create deep blacks on a white screen, which makes the situation worse.

The darkest areas of the image can look much better on a black screen. The image’s contrast is noticeably improved compared to white. Additionally, black displays function better in spaces with ambient lighting since they don’t reflect as much light as white displays. A darker screen will also make bright colors appear better and will change the performance of visuals reflected on the display screen.

However, black displays still have several shortcomings, as well. Some people may find the rainbow or shimmer appearance that is produced by particularly bright visuals more unsettling than others.

Hotspots in which one area of the screen is noticeably brighter than the others can also be a problem. However, by altering the brightness settings on your projector, you can generally manage both of these problems.

So, Black Projector Screen vs. White?

When there is a lot of ambient light, a black screen will provide you with a sharper image and better black levels than a white screen. That’s why a black screen can be an excellent option if you want to replace your living room television with a projector.

But if you are price sensitive, the expense of black screens might be their biggest drawback. Generally, people don’t want to spend as much on a screen as on a projector. If money is tight, it’s generally best to spend most of it on the projector and a less expensive white screen.

However, most people concur that a black screen looks better if you’re aiming for the ultimate projector setup. Is the display quality change significant enough to warrant further expenditure? It’s all up to you to decide, and ExpertTech will professionally install your whole home theater system.

Which Screen Type Is Better For The Outdoors?

When looking for the ideal projector screen for outdoors, as was previously said, black screens are preferable to white ones. They can function pretty well outside, thanks to qualities like good light absorbers and weak reflectors.

For greater image quality, some white outdoor displays have a black backside. Even at nightfall, when there is still enough ambient light to blur a picture, it produces a crisp image.

As an alternative, the color gray can also work outside. It offers more ambient light absorption and better contrast than a white screen.

Finding the ideal projector screen color depends on a variety of factors, including your requirements and intended use. You already know that black screens can perform much better than white screens and may be quite useful for presentations because of their picture contrast.

These screens are also appropriate for use when working in the sunlight outside. However, they are more expensive than white projector display screens, and there may not be that much choice either.

So, your final decision will mostly depend on your budget and how you want to spend it. And now that you’ve read this essay, you can finally make a wise choice.

Keep in mind that, for best results, you should always hire a trustworthy company for your home theater installation. If you live in New York or Brooklyn, the ExpertTech team is ready to fulfill all your desires. Contact our professional team right away, and you won’t be disappointed!

Ready for what’s next?

We are one of the premier AV companies in NYC. Tell us what you’re building or what’s not working for you, and we’ll begin. Fill in this quick form or give us a call at (844) 324-4464, and you’ll hear from us right away.